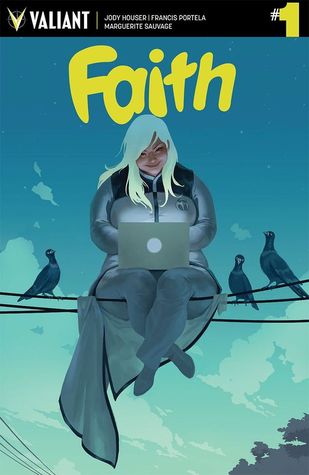 Orphaned at a young age, Faith Herbert – a psionically gifted “psiot” discovered by the Harbinger Foundation – has always aspired to greatness. But now this once ordinary teenager is taking control of her destiny and becoming the hard-hitting hero she’s always known she can be – complete with a mild-mannered secret identity, unsuspecting colleagues, and a day job as a reporter that routinely throws into her harms way! Well, at least she thought it would… When she’s not typing up listicles about cat videos, Faith makes a secret transformation to patrol the night as the City of Angels’ own leading superhero – the sky-soaring Zephyr!

But flying solo is going to be tougher than Zephyr ever thought when she uncovers a deep-rooted alien conspiracy. Two-bit burglars and car thieves are one thing, but when the world needs a hero to stave off a full-blown extraterrestrial invasion, will Faith find herself in over her head…or ready for her biggest challenge yet? 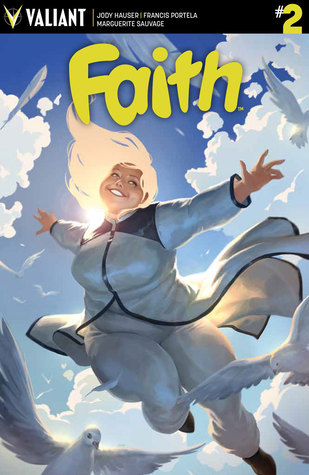 Just as she uncovers a conspiracy in the Hollywood Hills that threatens the lives of her fellow psiots and new friends alike, Faith must also deal with the return of her ex-boyfriend and one-time teammate Torque…and a volatile new alien threat that nobody saw coming!

Thank you Diamond Book Distributors and NetGalley for allowing me to read and review a partial galley (Issues 1 & 2) of Faith Volume 1: Hollywood and Vine.

Faith Volume 1: Hollywood and Vine will be released on the 26th July and it will contain FAITH Issues 1 – 4.

I loved Faith! None of the other characters stood out to me in the two issues, but I loved Faith after the first ten pages or so.
In the first two issues we met super hero Faith and her secret alter ego Summer, find out why she is out on her own and get a sneak peek at what looks to be an exciting world.

Oh Faith! You are my kind of woman!
The first two issues were slow burning and things were only starting to heat up as the second issue finished. I’m hanging out now to see if the pace picks up in the later issues *Fingers Crossed* as this series could be brilliant! So far it feels like this is a series where you want to collect a few issues and read them in a binge, that way you get a bit of action with the fantastic world building.
Three “I liked It” Stars for my enjoyment of these two issues, but with the likely hood of an improvement to Five Stars with the addition of issue 3 and 4 and some bad guy butt kicking. I mean did you read that synopsis! BRING IT ON!