Humans are about to leave footprints on the moon, but what sort of mark can one girl make here on earth?

It’s 1969 and life is changing fast. Sharnie Burley is starting high school and finding it tough to make new friends. As the world waits to see if humans will land on the moon, the Vietnam War rages overseas. While her little cousin, Lewis, makes pretend moon boots, young men are being called up to fight, sometimes without having any choice in the matter. Sometimes without ever coming home.

Dad thinks serving your country in a war is honourable, but when Sharnie’s older sister, Cas, meets a returned soldier and starts getting involved in anti-war protests, a rift in their family begins to show. Sharnie would usually turn to her grandma for support, but lately Gran’s been forgetting things.

Can she find her own way in this brave new world?

About The Author: Lorraine Marwood was born and raised in rural Victoria and has lived for most of her married life on a dairy farm with her husband and their six children. Lorraine is an award-winning poet who has been widely published in literary magazines across Australia, as well as magazines in the UK, USA, New Zealand and Canada. She has also published several children’s novels and collections of poetry.

Set in 1969 this verse novel by award-winning Aussie poet Lorraine Marwood follows the life of Sharnie as she navigates the first year of high school. Not only is Sharnie dealing with everything that happens when you start growing up – Friendships changing, making new friends and losing old, learning how to navigate bullies and the rules of high school – she can also tell her Grandma mind is starting to slip, that’s already so much to deal with emotionally, and I haven’t even touched on the War and Moon landings.

At the start of the book, Sharnie and her sister Cas are starting to drift apart. I loved seeing them coming back together by the end of the book, it was one of the highlights for me. As was Sharnie growing as a person and coming to realize how complicated life and the big and wild world is. Another highlight was Sharnie embracing Gail, whose brother was killed Vietnam War, and the beautiful and meaningful friendship they develop.

The moon landing plot was always in the background, and with the addiction of Sharnie’s space-obsessed little cousin, it provided relief from what is actually a very sad story.  I will be honest and say that I cried A LOT reading this book, every time their Grandma was mentioned it ripped me apart.

The War, conscription, and anti-war protests also feature heavily, but nothing is ever so descriptive that this book would be unsuitable for young audiences. I actually think this book is a magnificent time capsule for 1969 Australia – but this story is also timeless and universal, and one I will be encouraging my boys to read once they are a little older.

Check out the rest of the tour HERE. 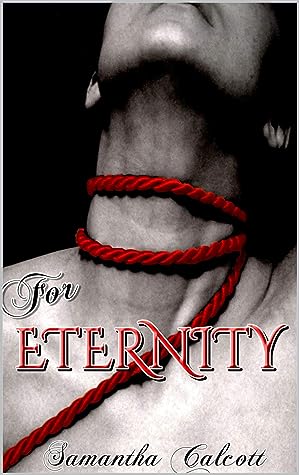 After World War Three, the world is scourged by vampires, and the only hope of stopping them lays in the hands of nineteen-year-old Desi Duponce. He has an idea, but in order for it to come to fruition, he must collaborate with the older wizard Oscar Scott. Desi didn’t expect his new partner to be so alluringly handsome. In addition to fighting the vampires, Oscar teaches him much more than he expected as he shows Desi the true pleasures of being his submissive.

For Eternity was a valentine’s day release, sadly I did not get it read in time. I will say that I think It would make for a fantastic date-night with yourself read, or you could read it to someone – either way 😊.

The romance/sex is male on male, so step away if you are afraid.

The two main characters are the younger Desmond Duponce, who lost both parents to vampire attacks when he was a babe. And the older Oscar Scott, whose reputation as a potion’s master proceeds him. The unlikely duo ends up spending six months together down in Oscar’s Lab developing more than just an airborne weapon to be used in the war on vampires, they also develop a deep and loving Dom and Sub relationship. The romance is cheeky and fun sometimes, and hot and heavy other times.

About the Author: Samantha Calcott is a secret lover of romance when it’s done right, and after years of writing under another pen name in the horror and paranormal genres, she decided to dip her toe into a brand new genre.

She’s a Midwestern girl who spent nearly a decade in the gritty heart of Los Angeles, where sex, drug, and rock n’ roll reign.

When not writing, she’s reading, at a concert, or cooking. She currently lives in Chicago. She also writes horror and paranormal books as USA Today bestselling author Lily Luchesi.

A gifted student, Nia longs to attend high school so she can follow her dream and become a writer. She has notebooks filled with stories she’s created about the mythological Dewi Kadita, Princess of the Southern Sea. But her family has barely enough money for food, let alone an education, so Nia’s days are spent running their food cart and raising her younger brother.

Following a miraculous escape from a bus accident, Nia is gifted with good-luck magic. Or at least that’s what everyone’s saying. Soon their family business is booming and there might even be enough money to return to school. But how long can her good luck last?

When a secret promise threatens everything she’s hoped for, Nia must find a way to break the mould and write her own future.

About The Author:  Michelle’s first middle-grade novel The Theory of Hummingbords was nominated for the OLA Silver Birch Express, MYRCA Sundogs and SYRCA Diamond Willow awards. Her novel Girl of the Southern Sea was a 2019 Governor General’s Award finalist, USBBY Outstanding Book and Freeman Book Award Honorable Mention. Her new novel, Music for Teens, released in 2020.

Michelle grew up in Melbourne, Australia and has also lived in Bali, Surabaya and Jakarta in Indonesia. She currently lives in Toronto, Canada. You can find her @ Twitter, Facebook, Instagram and Goodreads.

The story opens in the slums of Jakarta Indonesia with POV Nia trying to get her drunken father home. A series of events (no spoilers here) leaves 14-year-old Nia’s father MIA and sees her having to work the Family’s banana cart by herself to feed herself, her 5-year-old brother Rudi, and to pay off their fathers’ debts.

Nia has had to play the role of mother to her little brother since their mother died giving birth to him. Even with this, Nia has no hated or resentment towards Rudi, rather she looks at having him as still having a piece of her mum to hold. She does come to, and rightly so, resent her father’s addiction to alcohol.

Nia is a natural-born storyteller, and she yearns to attend high school, and later become a writer. But sadly, in Nia’s part of the world, the government schools are only free until the end of middle school and Nia does not have enough money for the fees to attend high school. Even though I am trying to be spoiler-free, I will say that I love that Michelle included the stories that Nia writes her little brother and friends, so that the reader can enjoy them too.

At 14 Nia’s character is age-wise on the border of middle grade and young adult, Girl of the Southern Sea has been written for the MG market. The story is quick and engaging, written in a beautifully simple and flowing style. And fear not, the story does have a happy ending. Everything does not end all fairytale and fluffy, but the reader is left with the hope that things will improve for Nia, thanks to her being a hard worker and never giving up on her dreams.

Ultimately Girl of the Southern Sea is a story of never giving up or losing hope. A story of holding onto your dreams and working hard to make them a reality.