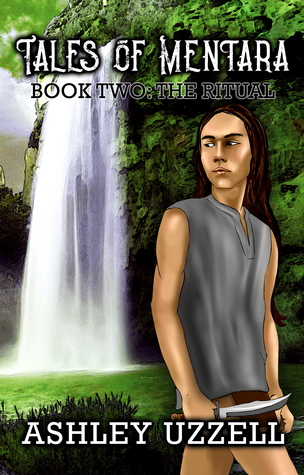 Five children stranded in a strange world continue their adventures in the land known as Mentara. Twelve-year-old Charlotte feels the weight of her mistake in bringing her friends here. The local tribe of children who call themselves The Orphans are in a constantly warring state with a neighboring tribe, The Bomen. Drawn into this fight because of her magical abilities, Charlotte struggles to keep her friends safe while defending a group of strangers she is starting to see as family.

Tomas, the leader of The Orphans, is drawn to the kind and motherly Lena, impressed by the strong and intelligent Fred, and bewildered by the ever-moody Charlotte. He has his own personal issues to deal with while he prepares for a ritual that will change his status in the eyes of his people forever. But is this path he has chosen, this future he has worked and planned for what he really wants? Is it too late to change his mind and explore these newfound feelings of wanderlust?

After a prologue that drips with future devastation, chapter one picks up right where the first book let off – the orphan Tara tribe about to head into battle with the raiding Boman tribe.

I had the same likes and dislikes with this book as the first one in the series [ Book 1’s review HERE ]. The dislikes mainly just came down to the characters ages. I’ve been pondering on it. Trying to figure out why it irks me so. Don’t get me wrong, the book has a lot of good qualities: it has good world building, I really like the world Ashley has created, I liked the plot, I love the magic abilities Ashley has created for Charlotte (one of the main POV characters) and there has been character development.

I’ve been thinking about the things Harry Potter gets up to in the first two books when he is the same age as Ashley’s characters. I’ve been thinking about everything Amal goes through in Amal Unbound by Aisha Saeed.
I’m not saying kids aged 9-13 aren’t capable of doing the things Ashley has them doing, because they can. Children are snatched away from their parents and taught to fight young in some counties. A 12-year-old can be in charge of all their younger siblings and essentially run the household, it happens in some countries – so I’m not sure exactly sure what my problem is.
I just found the characters being so young didn’t fit. Being in the characters heads as a reader, they felt older to me, more like 15-19 than 9-13. But that might just be me.

Honorable mentions that Ashley gets brownie points for:
Charlotte getting her period and a whole chapter being devoted to girls’ things, and girls coming together over this shared and inevitable experience.
One of the young POV male characters having realisation that women are equal and should be treated as such!
The books whole undertone of equality and acceptance.

This the second book of the series lets us get to know the inhabitants of Mantara a little better, spend more time in lush wilderness, witness Charlotte and Tomas infuriate each other repeatedly, and see the children assimilate to their new home even more.

The Ritual is a quick book to read at only 147 pages. Frustratingly the book ends abruptly on a doozy of a cliff-hanger and you are left desperate to know what happens next – I think Ashley was being cheeky and did this purpose so us readers would be hanging out for the next book – sneaky and cheeky.

All in all, The Ritual is a good sequel to The Portal and has set up further expected events for the third book. 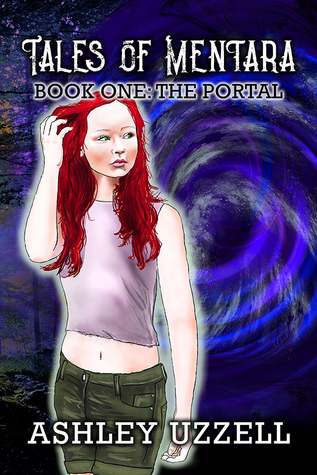 The Portal (Tales of Mentara Book 1) by Ashley Uzzell

Five children find themselves stuck in a beautiful jungle on a strange planet. But all is not as peaceful as it first appears.

Twelve-year-old Charlotte has been different all her life. It isn’t just that her father left when she was a child, or her mother ignores her. What really makes her an outsider is the fact that she has strange abilities that she can’t explain and struggles to control. Everything changes in the summer of 1993 when she feels drawn to a certain spot outside of town. Unfortunately, she isn’t alone when things go sideways.

When the children realize they are definitely not on Earth anymore, they have to learn not only how to fend for themselves, but how to get along. The problem is, even Charlotte has no idea how to get off the alien planet. And, perhaps, she doesn’t want to.
It doesn’t take long for the five to realize they aren’t alone in this strange land and that life here is more dangerous than they could have imagined.

My Rating: ✵✵✵✵ – Check out my review of book one HERE.

One thought on “The Ritual: YA Review”