I’m super excited about this release as I really liked the first two books in the series.

The deal was simple: Carolyn and her friends could return home after 21 days. What could happen in 3 short weeks?

Rather a lot: Carolyn’s mother is livid about her “rescue” and Edward is being groomed for a chiefdom he doesn’t want. The Agency’s “elixir of life” has been perfected, and O.W.E. permits mean that certain humans have been authorised to work in the demon realms.

Pledged will be available for purchase from Amazon on the 22nd of October.

While we’re waiting lets take a look back. 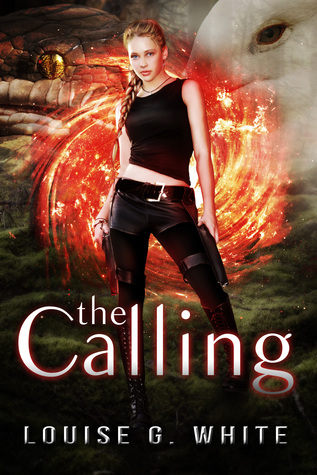 The Calling: On the run and hiding from ‘the suits’, Carolyn’s life is far from straightforward. After her mother and brother go missing in a most extraordinary way, (through a hole to another world which appears in the kitchen wall!), she is determined to track them down and bring them home. But life is never that easy! Rescued and protected by a group of unusual and like minded ‘people’, Carolyn hones her magic and fighting skills. Whilst answering a ‘call’ to retrieve a human from another world she’s faced with a quick decision and ends up bringing a demon back with her. Little did she know what effect this demon would have on her. As each day passes her strengths grow and her magic develops to assist her in her quest to track down her family, but there are decisions to make that will affect the rest of her life. GOODREADS 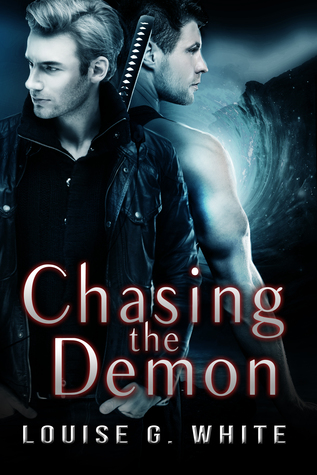 Chasing the Demon: The system has been changing; the Agency flaunts its cruel practices, and the balance of the realms has been disrupted. Ethan’s enforcers are already stretched to the limits, and things get worse when alliances are forged between the worst of the demon realms. Meanwhile, on Empustat, Carolyn has spent an entire year being “reconditioned” – her memories being wiped and replaced in order to produce a limited and vapid princess. Under the constraints of the Chief, she is no longer the feared and mythical “destroyer” Carolyn’s life of privilege is marred only by the expectations held for her to marry Peter and produce heirs for the realm. Her friend, Mario, in contrast, has suffered hardship and humiliation at the hands of the Lilim guard – and a chance encounter will spur Carolyn’s awakening. The disabled gateway has frustrated the team’s efforts to reach Carolyn, and Ethan and Note can barely tolerate each other, but both mage and demon share the same goals. Hope by way of an unexpected source leads to the team embarking on a plan so daring that their survival hangs in the balance. With old and new friends from the realms, the fight for order continues. GOODREADS

My Review of #1 The Calling and #2 Chasing the Demon.

Thanks to the lovely Louise as her book The Calling was one of the first books I was actually given to read and review :-). I must admit looking at these two review posts from last year – I make my reviews much prettier these days :-).

My review of Pledged COMING SOON 🙂