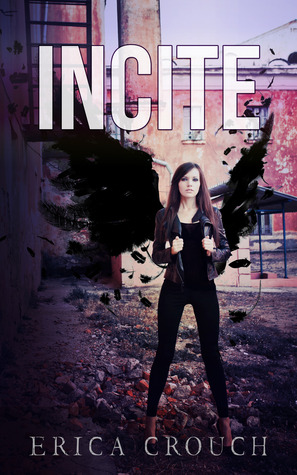 Earth is in ruins, and the war of Heaven and Hell has spilled over into the mortal world. In the frozen wasteland of the apocalypse, Azael and his band of cohorts search for Pen and Michael with orders to kill. Little does he know that his sister has incited a rebel army of her own.

Angels and demons alike stand side by side, ready and willing to fight for a future they didn’t realize they could have. Change doesn’t come easy, though. Pen is wary of joining New Genesis’s revolution, but when Azael shows his hand and Pen learns all that he holds over them, she chooses to fight back, no matter the risk. She only has to survive, one hour at a time.

“Strength does not come from remaining untouched and unaffected. It comes from picking yourself up again and again, no matter how many times you’re thrown to the ground and shattered.” Micheal  – I loved this quote in the book.

I didn’t enjoy this book as much as the first. I was apprehensive going into it thinking that I was going to hate reading from Azael’s perspective, but I did enjoy it.

Nothing is accomplished in this book and we are left with a rather large cliffhanger. It’s really just a bridge from a good first book to what feels like it will be an epic finally (hopefully in the third book).

There is a lot of running/flying away from danger, which does lead to a fast paced story. We meet New Genesis a group of Angels and Demons banded together by the same beliefs that we saw bring Pen and Micheal together in the first book.

It was well worth the read and I am looking forward to the next installment, until then I’ll keep my fingers crossed that Pen’s heart will beat again :-).

6 thoughts on “Incite by Erica Crouch”