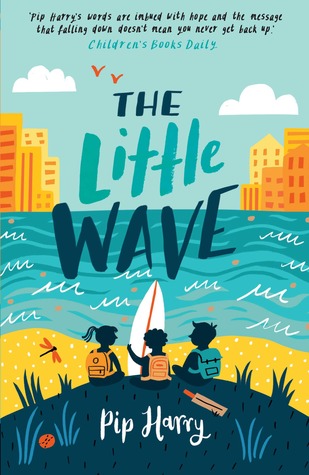 When a Manly school sets out to bring a country class to the city for a beach visit, three very different kids find each other and themselves.

Noah is fearless in the surf. Being at the beach makes him feel free. So where does his courage go when his best mate pushes him around?

Lottie loves collecting facts about bugs, but she wishes her dad would stop filling their lonely house with junk. She doesn’t know what to do about it.

Jack wants to be a cricket star, but first he has to get to school and look after his little sister. Especially if he wants to go on the class trip and see the ocean for the first time.

The Little Wave was is a delightful Middle Grade verse novel. The POV switches between there year five students, Noah and Lottie from the beachy inner Sydney suburb of Manly, to Jack from the beach-less more rural town of Mullin.

Noah is being bullied by the boy who is supposed to be his best friend and he doesn’t know what to do about it.

Lottie is on the outside at school, with no friends other than the insects she spends her time studying. And for the most part Lottie feels she has no father either as he has been emotionally absent since the death of her mother.

Jack’s woes are more socioeconomic and at one point in the story he and his sister are sleeping on the floor at his aunties place. 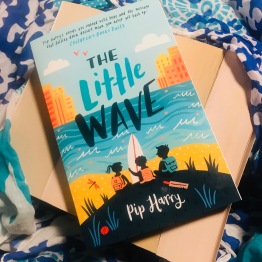 The Little Wave deals with grief, bullying, navigating new friendships and the struggles of low-SES families. Ultimately it is a book about the healing power of friendship and even though the book deals with some heavy things, it is an immensely enjoyable read.

Pip Harry has done a remarkable job putting so much story and heart into so few words.

The Little wave is well worth the read. Regardless of your age it will leave you with a smile on your face and warmth in your heart.