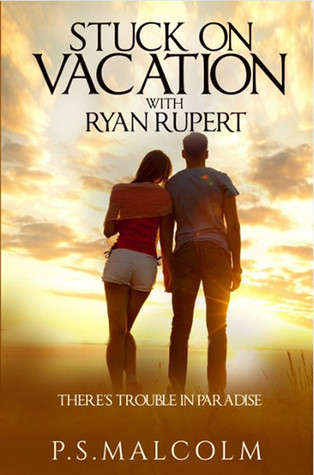 Aubany Winters’ life soon becomes a nightmare when her Mom gets cancer and has to leave for California with her Dad. Left with her neighbours, the Ruperts, and to her displeasure, their son Ryan, she finds herself forced to tag along on their family vacation to Nula Island. There’s just a few problems, like her fear of the ocean, her and Ryan’s mutual hatred for each other, and the psycho girl who is trying to kill them.

Will Aubany overcome her fears? Will she and Ryan ever stop hating each other? Or will their flaws and disagreements lead them right into the enemy’s hands?

Ryan Rupert is a typical immature rude superfishal teenage douchebag when we first meet him, but it was actually his parents that drove me nuts. They are rather negligent in my opinion. Serisily! Who the heck lets two teenage kids’ room together for six weeks unsupervised. Even once they find out a nut job has been on the loose tormenting their kids, they still leave the teens unsupervised! But hey, maybe i’ll feel different once my eldest reaches seventeen – yeah maybe not.

This book is like a Disney channel teen movie. Not deep and meaningful. But super cheesy and at times preposterous. It’s light, fluffy, fun and extremely entertaining – if you’re in the right mood.

The stories redeeming qualities: Aubany’s fighting spirit. Aubany’s fear of the ocean and her overcoming it. The murderous twist. The writing being easy to read and the story flowing well. Heck even with the issues my mummy brain had with Ryan and the parental units in the story, I still couldn’t help but enjoy the story.

Stuck On Vacation With Ryan Rupert is a hate to love YA romance set on an island paradise with a murderous twist and I can see myself reading and enjoying the sequel to once it’s released.

Who would like this book: Younger YA readers, as i’m sure they’d love it if their parents abandoned them on an island OR someone fed up with everything having to have a deeper meaning and that is just after a fun read.

Stuck on Vacation with Ryan Rupert is P.S. Malcolm’s self-published debut. Pagan did a guest post on The Adventures of SacaKat a little while back talking about how the story came to be – View the post HERE.

5 thoughts on “Stuck On Vacation With Ryan Rupert: YA Review”