A little bit about about Lily:
Lily Luchesi is the author of one of my favorite adult series, the “Paranormal Detectives Series”.

She was born in Chicago, Illinois, and now resides in Los Angeles, California. Lily is an out and proud member of the LGBT community. When she’s not writing, she’s going to rock concerts, getting tattooed, watching the CW, or reading manga, drinking copious amounts of coffee and sharing her struggles and triumphs with PTSD and depression.

As a person she is a kick ass sister, who inspires me.
Lily writes horror, paranormal fiction and erotica, her stories always feature LGBT characters, always have one or more characters fighting mental illness and always focus on strong females kicking ass.
The last book I read by Lily: 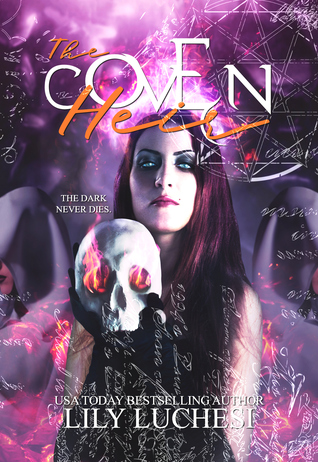 The Dark never dies.One year after The Company of Clan Munro was defeated, things in the UK Coven are settling down, and also beginning to be shaken up.

The Princess, Harley Sinclair, is building her potion business and planning a wedding to James Quigley, while still taking lessons from her father, the Coven King.

Her younger half-brother, Nick Smith, is moving to London with three friends … including Roger Ainsley, the son of the former leader of the Dark.

When a mysterious stranger appears back from the dead, his words of warning of another Dark Clan rising might change Nick and Harley’s lives forever.

There’s a deathwitch in the Coven, and she has her sights set on the Princess.

Set in the same world as Lily’s Paranormal Detective Series books, split into four parts, The Coven Heir follows Harley and her comrades as they track down and defeat a Necromancer who is hell bent on destroying all Harley holds dear and wreaking havoc on the Coven.

I struggled to connect with Harley a bit this time around. Which is strange because I loved her in the first book, seriously check out my review of book one. I found myself enjoying the parts of the story that followed Harley’s half brother Nick the most.

☹ I didn’t like how the Harley-James-Caelum ish went down. And while I wasn’t real keen on the Harley & James romance part of the first book, and did much prefer the dynamic of Harley and Caelum, it all happened too fast for my liking.

❤ I did like the addition of the newly resurrected Caelum and enjoyed his interactions with Harley and the other characters.

I loved how there was multiple homosexual and bisexual characters in safe and loving relationships, with all characters surrounding them behaving as if it was the most natural and normal thing on earth – as they should, because it is!
I loved how Lily showed Harley battling her herself (internally) and still kicking ass (externally) – because mental illness doesn’t make you weak.
I even screenshotted character inner monologues and speeches because they resonated with me – and you see those as quotes in my Monthly Bookish Babble at some point.

Who would like this story: The violence and romance isn’t too aggressive or graphic and I think the story would be best suited to younger paranormal fans, and any Lily Luchesi fans. It could be read as a stand alone. 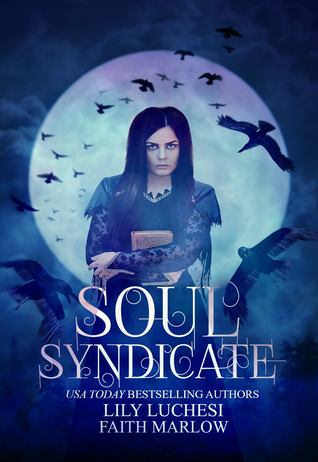 Soul Syndicate by Lily Luchesi & Faith Marlow
Genre: Horror, Paranormal Fiction
Publication: November 14th 2018
Publisher: Vamptasy Publishing
Add to Goodreads
A soul is a heavy burden to bear.
There’s a gala celebrating the city and many notable celebrities are attending, including a rock star, a socialite, a baseball player, and an entertainment reporter. Each one notable in their own right, and each one holding a secret.
When they all get stuck in an elevator together after the gala is over, they think that that is the worst thing that could happen to them…until the doors finally open.
The world as they knew it has gone, now they have poppies attached to their chests and are facing down soulless friends, family, and strangers, including a crotchety old woman and a former drag queen.
It’s a battle for the ultimate prize: their souls and the souls of everyone else on Earth. Can they save the world, or will these disparate individuals kill each other first?

One thought on “Lily Luchesi: Author Shout Out”