April is Sexual Assault Awareness Month and author Jane Avey Harris has vowed to  donate all her online royalties to RAINN this month to support #SAAM. So there was no way I could say no when Film-14 reached out to see if i’d be willing to share the trailer they had just produced for Jane’s latested book.

The My Myth Trilogy is about a 17 year-old girl who uses fantasy to process her childhood abuse. 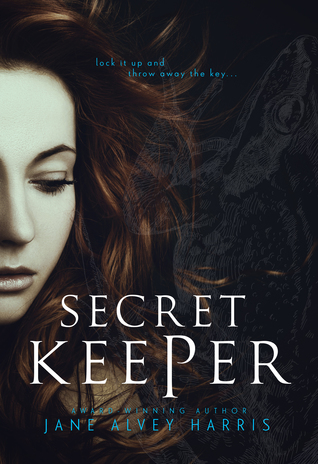 What if the worst thing isn’t that they don’t believe you?

What if the worst thing is that they just don’t care?

Seventeen year-old Emily has accepted the truth of her past trauma and made peace with her battered egos. She’s won the first battle…barely…but the war in her psyche still rages. The same day Mom is released from rehab and Emily finishes detox, Dad announces he’s ready to be a family again, throwing Emily into panic. Determined to protect her younger brothers and sister from Dad, she gathers the strength to do the hardest thing she’s ever done: speak her Secret.

But it isn’t enough. Nobody will intervene. Emily is more alone and helpless than ever. Her therapist suggests that the key to resolving her crises lies within the mysterious First Realm, where Emily has access to her Fae abilities and where she can find her Champion…the one person with enough power to end the destructive cycle of abuse and help Emily transform from victim to survivor.

Desperate for guidance, Emily returns to the First Realm only to discover the Seven Kingdoms in total chaos. She has just a few days to find her Champion before Dad comes for her. Can she complete her task and return to the Second Realm in time to save her family, or will her dreaded premonition turn out to be true: that she is her own worst enemy?

“Jane Alvey Harris has such a fresh, youthful voice and writes with modern flair. Secret Keeper is a five-star story all YAs should read…” – Reader Views

“Harris once more brings to bear a formidable imagination as her heroine seeks healing. While there are elves, goblins, and giant spiders, this isn’t a traditional quest narrative. Concepts such as sexual consent and self-forgiveness dominate the foreground.” – Kirkus Reviews

“Secret Keeper is as gorgeously written as Emily’s process to healing is rendered. This is a standout novel that will leave audiences eagerly reaching for the next installment.” – Foreword Reviews

“Secret Keeper is inspired and imaginative. Harris is an alchemist, blending fantasy, tragedy, and a determined hero fueled by magic and hope. Like Riven, this sequel crackles with mind-bending electrical charge.” – Michael Buckley, Author of The Undertow Trilogy