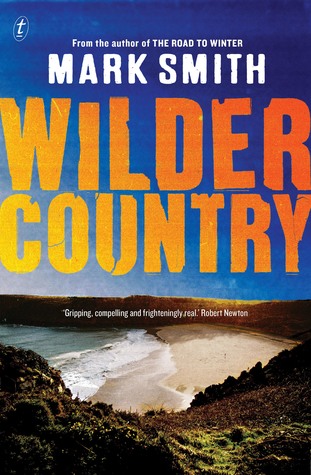 Finn, Kas and Willow have survived the winter of storms. Severe winds and cold have kept the Wilders at bay. Now that spring has come, everything has changed. They’re being hunted again, and they won’t be safe while Ramage wants their blood.

But Finn and Kas made a promise to Rose—to find her baby and bring her back. And finding Hope means finding Ramage…

The lovely people at Text Publishing sent me a copy of Wilder Country and I’d hung off reading it as I had intended to purchase and read the first book first. Time was dragging on and ultimately, I decided to give this book a go without reading the first one. I’ve started other series with the second book in the past (by accident), loved them, and gone onto to read the rest of the series with no ill effect. While it was easy enough to pick up the pivotal events of The Road to Winter thanks to the aftermath of them in this book. I did struggle to form an emotional attachment to the characters. I am positive that this is because I’d missed all the character background and relationship set up from the first book. I really enjoyed the writing and the plot of this plausible dystopian world Smith has created and am looking forward to reading the third and final book, The Land of Fences.

At the start of the book we get a snapshot of what life has been like in the abandoned coastal town of Angowrie for Finn, Kas, Willow and Rowdy over winter. Through Finns narrative we get a little bit of a recap of how ‘The Virus’ killed practically everyone in Finns part of the world and how everything descended into chaos with a vicious gang trying to rule over all that remains.

Finn, Kas and Willow set out just as winter is ending to check on fellow survivor Ray, return Willow to her parents and track down and rescue Rose (Kas’s niece). What follows is a lot of compelling action packed high stakes drama.

Even though the plot, the landscape, the action and character interactions were all top notch, I think my enjoyment was hindered by not reading the first book. Multiple times while I was reading this story (whenever Finn mentioned the previous winters) I found myself thinking ‘I wish I’d been with Finn through those winters’. And I would have, had I read the first book.

Wilder Country is a story of survival. A story of keeping promises. Do yourself a favour and go and read the The Road to Winter First, then come back and read this one. You won’t regret it. 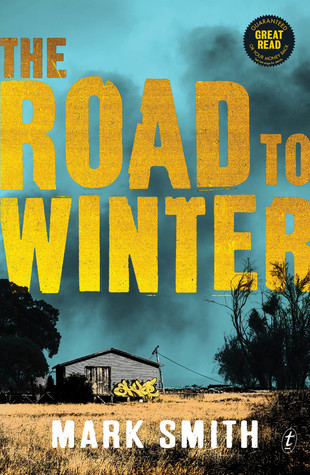 The Road to Winter (Winter #1)
by Mark Smith

Since a deadly virus and the violence that followed wiped out his parents and most of his community, Finn has lived alone on the rugged coast with only his loyal dog Rowdy for company.

He has stayed alive for two winters—hunting and fishing and trading food, and keeping out of sight of the Wilders, an armed and dangerous gang that controls the north, led by a ruthless man named Ramage.

But Finn’s isolation is shattered when a girl runs onto the beach. Rose is a Siley—an asylum seeker—and she has escaped from Ramage, who had enslaved her and her younger sister, Kas. Rose is desperate, sick, and needs Finn’s help. Kas is still missing somewhere out in the bush.

And Ramage wants the girls back—at any cost.

The Road to Winter on Booktopia | Amazon | Bookdepository