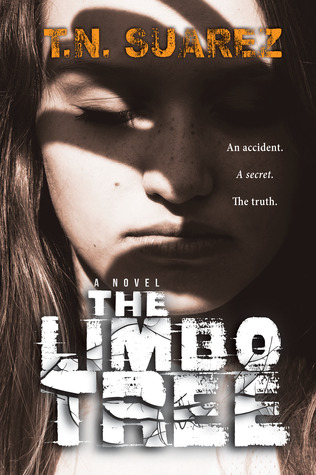 An accident. A secret. The truth.

Something is wrong with Samantha McCallister. Her baby brother is dead, and she has only one memory of the accident: the canned version her parents impressed upon her. But piece by piece, Sam struggles to make sense of it.

Cast aside by her self-involved family, Sam seeks out a friendship with the next-door neighbor, Hazel, until Hazel inexplicably goes missing, leaving nothing but a note and a jar of jam.

Determined to uncover the truth about Hazel’s disappearance, Sam finds out more than she bargained for. Bizarre episodes and nightmares consume her, vicious and unstoppable.

Meanwhile, an adolescent muse moves into Hazel’s abandoned home. Sam is immediately drawn to him—discovering the beginnings of true love—when the unthinkable occurs. Sam is alienated to a world in which she no longer feels she belongs. Try as she might, Sam cannot escape these nightmares or the truth behind them—the truth that lies in the Limbo Tree.

Brilliantly crafted, shimmering with uncertainty, The Limbo Tree is as mystical as it is moving.

My Thoughts: This book was nothing like I expected. It was spooky and made my skin crawl a little bit at times. If I had to sum the book up in one word I would say it was HAUNTING.

The first half of the book frustrated me. It all felt very creepy and I kept expecting something bad to happen. Early on I was confused as to whether Sam (Samantha, the fourteen-year-old main character) was dropping in and out of alternate realities or if she was hallucinating. The story irritated me and yet I couldn’t stop reading. With so much confusion and many unanswered questions I had to keep reading. I felt compelled to find out the truth behind Sam’s life.

I assumed early on that the story was set in the 1980’s with all the references to Madonna headbands, The Lost Boy’s, The Go-Go’s, KISS and The Cure. Indiana Jones the Last Crusade playing at a movie theatre later in the story verified it. I was born in the late 80’s and understood all the references, but I do worry that today’s teenagers won’t.

Sam spends nearly the entirety of the book not being able to remember what happened to her baby brother, just that her parents said his death was a tragic accident. Early in the story on one page she says she misses him and then the next she calls him a little beast. I found it very confusing and rather disturbing. Later, Sam even starts to suspect her mother of murdering her baby brother! We do finally learn the truth and the detail in which T.N. Suarez goes into is heart wrenching. I was internally screaming at the characters for the whole last chapter. Once I finished reading I went in and checked on both my boys, making sure they were both sleeping safe and sound.

Sam is an unreliable narrator and even she can’t trust her own version of events. You think you may have figured out what is going on and then everything twists again and you’re flailing around confused right alongside Sam.

The truth of Sam’s life and the ending of the book are rather sad and I think will continue to frustrate and haunt me for quite some time.

2 thoughts on “Review: The Limbo Tree by T.N. Suarez”