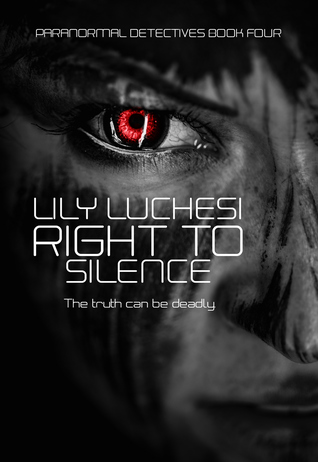 The truth can be deadly.
In the first of this two-part novel, we learn the history of hunters Brighton Sands and Mark Evans in their two lifetimes, culminating in their final battle with the insane vampire they have been hunting for centuries.
In the second part, with Angelica Cross still on the run, multiple vampiric murders lead to the kidnapping of a famous vamp. Detective Danny Mancini must drag a mortal into the bowels of Hell in order to rescue her.
But why does Leander Price want her so badly, and what does she have to do with an ancient vampire prophecy?

In the first half of this book we learn more about the past-life and present-life history between Brighton and Mark. I quite enjoyed reading how the two originally met and how their souls found each other a second time. Chapter seven was a highlight for me. I really enjoyed the Brighton & “brother” reunion.

The second half of the book picks up where Life Sentence finished. We catch back up with Danny and the PID, see an ancient vampiric prophecy come to light and lose way too many supporting characters. Danny and Angelica spend a lot of the pages questioning each other and themselves, but that all seems to be settled by the end and the book finishes with the characters closer than ever.

Time Jumps: While some readers might find the time jumps in the story rather abrupt, I’m extremely impatient so the approach suited me and I found they really pushed the pace of the story along.

Loose Ends: I can’t help but thinking what’s to stop Leander from being resurrected, but that is just the pessimist in me.

Mature Audiences Only: Right To Silence is a fast paced paranormal-horror-action-romance where everybody swears like sailors and gets slaughtered. But even amid all the violence and revenge seeking, the power of love, loyalty and friendship shine through.

In my reviews of the previous books I’ve said that I felt they could standalone. With this fourth installment I think you need to read the previous books or the depth of the character’s connections and references made to past events will be lost on you.

FOUR “I really liked it” STARS.

2 thoughts on “Review: Right To Silence by Lily Luchesi”