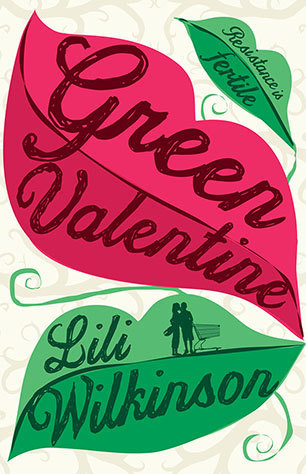 When Astrid and Hiro meet they give each other superhero names. She’s Lobster Girl and he’s Shopping Trolley Boy. Not an auspicious beginning. But it gets better. Then it gets worse. Much worse. Classic romantic comedy: girl-meets-boy, love blossoms, and is derailed. Incredibly engaging, upbeat, funny and smart.

Hiro is the opposite of perfect. He’s slouchy, rude and resentful. Despite his brains, he doesn’t see the point of school.

But when Astrid meets Hiro at the shopping centre where he’s wrangling shopping trolleys, he doesn’t recognise her because she’s in disguise – as a lobster. And she doesn’t set him straight.

Astrid wants to change the world, Hiro wants to survive it. But ultimately both believe that the world needs to be saved from itself. Can they find enough in common to right all the wrongs between them?

A romantic comedy about life and love and trying to make the planet a better place, with a little heartbreak, and a whole lot of hilarity.  View on Goodreads

Damn it is hard to right a review with out spoilers – This one will be quick, as I don’t want to say too much about Astrid’s relationship with Hiro, or talk about the suburb changing adventure they go on together *wink *wink.

I’ve never used this saying before but…wait for it…I totally ship Hiro and Astrid. I ship them to the victory garden and back. Oh what adorable awkward little eco-warrior darlings.

I loved how Wilkinson kept the story flowing beautifully and entertainingly while sneaking in plenty of educational environmental tidbits.

I found myself feeling like an awkward teen again while I reading Astrid thoughts. There were times when the adult in me wanted to slap some sense into her self righteous but well meaning face and tell her to stop whining, stop judging and stop ignoring her friends. And there were times when I wanted to reach in the pages and hug her and tell her everything would be alright. I really enjoyed the rollercoaster that was seeing Astrid grow and mature.

This was a super cute YA romance, with humor, heart and tomatoes.

Aussie Aussie Oi Oi Oi. Aussie YA to be proud of.