Patrick had tried so hard to keep his father’s shop running, but with a baby on the way and the closing of the local mine most of the towns folk had moved away taking their cars and need for mechanical services along with them.

Patrick had a mate over in Bergenfield who’d got him some short term labouring work; it would do until the money came through from selling his home and his father’s shop. He planned to start fresh in a new expanding town. He had a good woman behind him and was confident they would make it through. 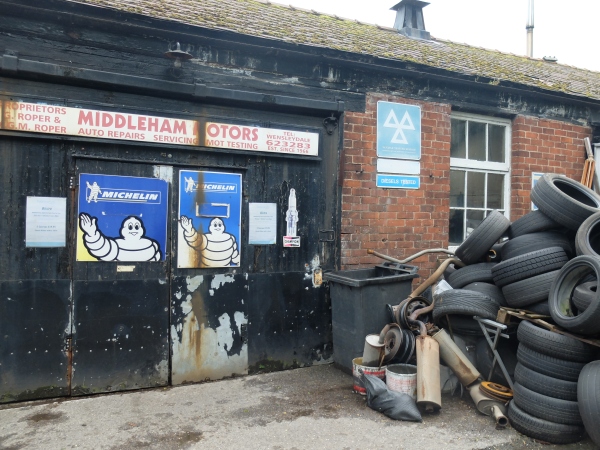 Friday Fictioneers is a challenge set by Rochelle Fields where writers around the world create 100 word stories inspired by the one image. For more information see: http://rochellewisofffields.wordpress.com/2014/11/19/21-november-2014/