I looked out the window of the surgery in which I worked and saw him down by the docks again.

I wondered where his owner was or if he was owned at all.

I walked down and fed him half of my lunch, something I’d been doing for weeks.

This day the shaggy little mess was particularly forlorn, so I decided to take him to the pound.

He was never claimed and he officially became mine.

I cleaned him up and named him Scoda.

He then spent the rest of his days loved, happy, healthy and with his tummy full. 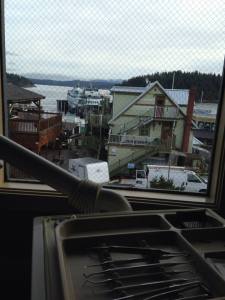