Dimple Shah has it all figured out. With graduation behind her, she’s more than ready for a break from her family, from Mamma’s inexplicable obsession with her finding the “Ideal Indian Husband.” Ugh. Dimple knows they must respect her principles on some level, though. If they truly believed she needed a husband right now, they wouldn’t have paid for her to attend a summer program for aspiring web developers…right?

Rishi Patel is a hopeless romantic. So when his parents tell him that his future wife will be attending the same summer program as him—wherein he’ll have to woo her—he’s totally on board. Because as silly as it sounds to most people in his life, Rishi wants to be arranged, believes in the power of tradition, stability, and being a part of something much bigger than himself.

Dimple and Rishi may think they have each other figured out. But when opposites clash, love works hard to prove itself in the most unexpected ways.

Perfect for fans of Rainbow Rowell, Jenny Han and Nicola Yoon, WHEN DIMPLE MET RISHI is a frothy, funny contemporary romance set at a coding convention in San Francisco over one exciting summer. Told from the dual perspectives of two Indian American protagonists, Dimple is fighting her family traditions while Rishi couldn’t be happier to follow in the footsteps of his parents. Could sparks fly between this odd couple, or is this matchmaking attempt doomed to fail?

Oh, what awkward wonderfulness this story was. I’m still recovering from the warm and fuzzy overload.

Dimple is quite stubborn and has an intense desire to be free – free of other people’s expectations.

Rishi feels his purpose in life is to please his parents.

Dimple is super excited to be out on her own attending a six-week coding workshop and has no idea her parents have set her up.

Rishi is super excited that he may be potentially meeting his future wife and will be getting the chance to get to know her during the six-week coding workshop they will be attending.

Cue hilarious meet cute that involves Dimple assaulting Rishi with an iced coffee. Wait… I don’t think I can put the words meet cute and assault together in a sentence. Hmm… was it assault… Nar self-defence, she thought he was crazy at the time.

There are bits of humour sprinkled all through this love story about juggling parental expectations, standing up for yourself, following your dreams and arranged marriages. I actually loved the positive examples of arranged marriage, as on my side of the world they can tend to be portrayed in a negative light.

Dimple and Rishi click with each other early on, but Dimple tries and *spoiler* fails to fight it. Yeah so maybe your parents did know what they were doing, hey Dimple!

My inner teenager found Dimple fairly relatable and immediately fell for Rishi. Rishi he is kind, funny, brave, intelligent and talented – it’s impossible not to fall for him, duh.

All in all, it is a cute and quick read that I’d happily read again. 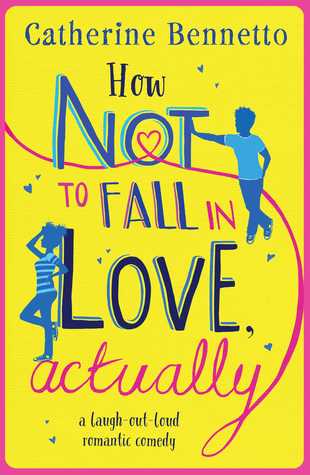 A hilarious debut for all fans of Mhairi McFarlane and Lisa Owens.

Emma has a job in television which is distinctly less glamourous and exciting than it sounds. She’s managed to claw her way up the ranks from Tea-Maker and Rubbish-Collector to 2nd Assistant Director (heavy on the ‘assistant’. Even heavier on the ‘2nd’).

Luckily she’s also accidentally the heir to a lovely cottage in Wimbledon, with a crazy Rottweiler-owning octogenarian as a neighbour and a rather sexy boy as an accidental tenant. But this baby is coming whether she likes it or not, and she needs to become the sort of person who can look after herself let alone another human being – and quickly.

Hilarious and heart-warming, How Not to Fall in Love, Actually will make you laugh, make you cry, and will reassure you that perhaps your life is not that bad, actually…

What people are saying about How Not to Fall in Love, Actually:

‘It’s fresh, young and very exciting. A fuzzy, warm and sparkly story by a very talented author. I can’t wait to see what else Catherine Bennetto has in store for us’ Simona’s Corner of Dreams

‘A phenomenal cast of characters and some real laugh out loud moments. Brilliant!’ Heidi Swain, author of The Cherry Tree Cafe and Mince Pies and Mistletoe at the Christmas Market

‘More bubbly than a big glass of champers and just as fun. How Not To Fall In Love, Actually is bright, breezy, and the perfect way to beat back the winter blues‘ Georgia Clark, author of The Regulars

*I received a copy in exchange for an honest review*

We follow Emma as an accidental pregnancy makes her stop and take stock of her life, which up to that point had only consisted of a shitty job, a shitty apartment and a shitty boyfriend.

At the start we met 27-year-old Emma just before she finds out she is pregnant. The story covers the months that she is pregnant, with the book ending just hours after the baby is born.

It took me the first half of the book to really get into the story, but I think that’s more because of the fact I was only squishing in a few pages here and there. I managed to get enough sit down time to finish the second half of the book in one day and found myself really enjoying it.

The leading Lady: Emma did at times come off as self-absorbed and whining. But she was pregnant and being pregnant is hard even with a loving and supportive partner and here she was trying to go it alone, so she is forgiven. Emma matures in the second half of the book and I ended up really liking her and wanting her to have a happily ever after. *spoiler alert: she gets her happily ever after*.

The impregnator/ex-boyfriend aka Ned: By the end of the first chapter I already disliked Ned, he came off as a lazy good for nothing leach. But chapter six proved him to be an absolute asshole with him draining Emma’s bank account before her overly trusting pregnant ass even thinks to remove his access.

The supporting cast: The book had some rather amusing background cast members; Emma’s infuriating and over the top mother, the nosey old couple next door and green thumbed Joe were standouts for me.

While the story was predictable at times it still gave me the warm fuzzies. 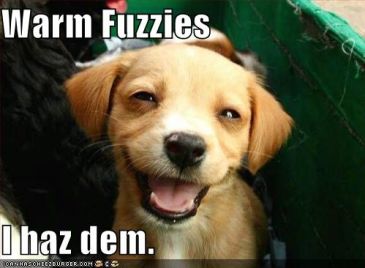 The writing was humours, flowed easily and was a joy to read. I will be keeping an eye out for Catherine Bennetto works in the future.