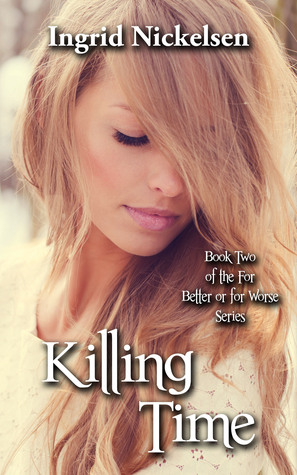 I received a copy of this book from the author in return for an honest review. Thank you Ingrid!

Death is the ultimate heartbreak. Evangeline never expected it to break hers after she died. No one should have to choose between their husband and their first love, but it is that choice that shatters her spirit.

She makes her choice, choosing not to transition, and finds that death can be vengeful too.

The world of the dead is far more complex that she ever knew, and facing the consequences of her actions might be the hardest obstacle yet, Fighting to survive in a world she doesn’t understand, she seeks the help of the wanderers. Time is running out as winter grips the land and her companions help her search for Will. Perhaps, if she keeps her eyes open and believes in her love enough, she will make her way back to him before the Hunters find her first.

Unexpected reunions, impossible choices, and long-hidden secrets will fill her journey with joy and sadness. It is Hunting season and Evangeline will have to fight for those she loves while remembering that cheating death always has a price.

Told from a dual perspective, Killing Time brings the For Better or for Worse series to a heart-stopping continuation in every sense of the word.

I’m writing this review over a month after reading the book, as I’ve been on holidays, but I can remember exactly how I felt and what I said the moment I finished this book.

I felt super hyped up and I said “I can’t wait to read next one”.

Unlike the first book that was just told in Eve’s point of view, we get duel POV with the addition of Will. I really enjoyed being inside Will’s head.

We get a lot of drama early on with Eve forced to join a group of wanders after running off from her transition ceremony. Eve’s choice not to transition caused all sorts of trouble and we start to get a sense of how much when Brielle and Will are captured and thrown in prison by the Midnight Hunters.

There are a fair few twists and turns along the way with newly introduced characters and some previous ones popping back up. Some really big “Oh Snap” moments happen thanks to a certain big deal new character.

We get more magical visions, this time it seems that Eve and Will are transported to some sort of parallel world. While there some emotional bombs are dropped on us all for good measure.

Things get really interesting as we start learning about the Seekers and the Midnight Hunters; their powers and their plans for Will.

This book is definitely more in depth emotionally. We find out more about the characters back stories, making the whole story a more engaging and enjoyable read. I got goosebumps meeting the seekers and witnessing the twisted truth they tell Eve about her and Will’s connection.

The last 150 pages are an intense whirlwind. And that epilogue! Bring on the third and final book. I am expecting the final book to be an epic show down. 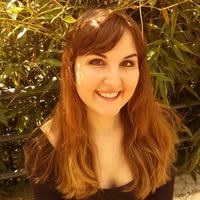 Ingrid is a French girl, college student, and dreamer. She currently resides in Paris, where she spends most of her time going to museums and the movies.
Despite the romantic atmosphere in Montmartre, or even the fancy cafés in the Champs Elysées, she would easily trade it all for a nice walk in the woods with her schnauzer, Golden. She’s always craving adventures, and finds that books are the cheapest way to travel to far-away lands. She’s inwardly convinced that words have the power to heal the worst blisters on our hearts, or at least can make us forget about them for a little while. And sometimes, it’s just enough to face another crazy day. 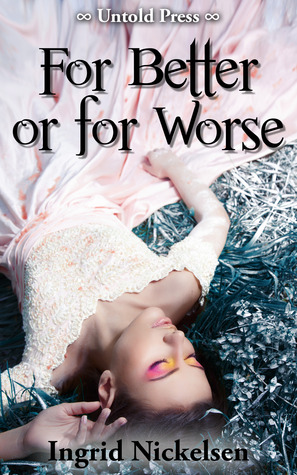 When one story ends, another begins.

Evangeline lived a long fulfilling life. Loving mother and wife, she had everything she could wish for…until a tragic car accident took it all away from her.

Awakening in a new world with the body of a young woman, Evangeline doesn’t remember anything about her life, not even her own name. Luckily she has godparents to help guide her in this new society of the dead. As she struggles to fit in, deep inside, she can sense something is missing, a part of her that she can’t recall. When a mysterious man claims he can help get her memory back if she agrees to keep their nocturnal meetings a secret, she can’t refuse. Everything about him screams trouble, but she can’t seem to stay away. Every moment spent with him makes her feel alive again.

Is she really prepared to unveil her past completely, from beginning to end? Everything is not as it seems in her new found home, and her new life may also end in tragedy.

The story follows Eve (Evangeline) through her death and subsequent kind of life.

It starts off with an emotional scene between a teenage Eve and her boyfriend. We see Eve in her “safe Place” with the Boy she loves. It then changes and we realise that it was a flash back dream and 73 year old current Eve had fallen asleep on the couch reading an old diary. The first chapter went on to add the characters of her husband and daughter. Within the first chapter I already liked Eve and cared about her. And then she dies in a car accident – but I knew that was coming sooner or later anyway.

Things get a little bazar after that, Eve can’t remember who she is, she’s in this strange new world, thinking it’s some sort of heaven.  She guesses by her appearance she is about 18-19 years. She goes on to find out she’s been given a Godmother named Brielle.

Enter Will with his “dark and sinful beauty” – right away he sounds like my kind of fella. But I must have trust issues as I was immediately looking out for a bad guy in this book. I could say that the bad guys were the Midnight Hunters, but it’s really much more complicated than that.

I was really struggling, with this very bazar and trippy world for a while, Eve’s confused, so I’m confused – I feel her frustration etc. The frustration did push me to keep reading, as I wanted Eve to figure out what the heck was going on.

Eve then goes on a candle induced drug trip. She gets a glimpse of her husband at the age that he died and her daughter as a baby. Some might find it rather ludicrous, but it was needed to get the story going as the trip gave Eve the desire to find out if she in fact wasn’t alone when she died.

Now the story really starts to pick up pace as we find out danger is all around and nothing is as it seems. We learn that this strange world isn’t the afterlife but really a journey in-between. We find out Will is a wanderer being hunted by the midnight hunters. We find out about Brielle having a tainted past and get a closer look at some of the other background characters.

Eve learns Will looked for her, the first clue we get into deeper Will. Eve gets the chance to see a bigger part of the in-between world she’s ended up in and it’s not nice!  And after looking like all her attempts at finding the man she died with, the man who we as the reader know is her 73 year old husband Josh, She meets him, be it a teenage version.

Than Bam we get heavy scene with Eve finally remembering something (A big chunk of something) and we are sent back to the first scene in the book. I can’t say much more about this or I’ll give the big dramatic ending away. All I will say is the the last three chapters in the book are intense.  So full of emotions it makes up for any lows in the book. It made up for any moments when I went, what the!

So don’t be put off by afterlife’s and godmothers (which are more like guides), the Characters, the suspense & mystery and most of all, the love are worth it. Love shines out of this book.

(This bit won’t make sense unless you’ve read the book) I finished reading it and immediately had an argument with myself. My Mummy Brain was angry saying, if Eve had regained all her memory surely she would have stayed at the ceremony. But then the romantic soul trapped inside of me said, don’t be stupid you can’t give up a second change and then I decided that yes, I would have made the same choice as Eve, restored memory or not!